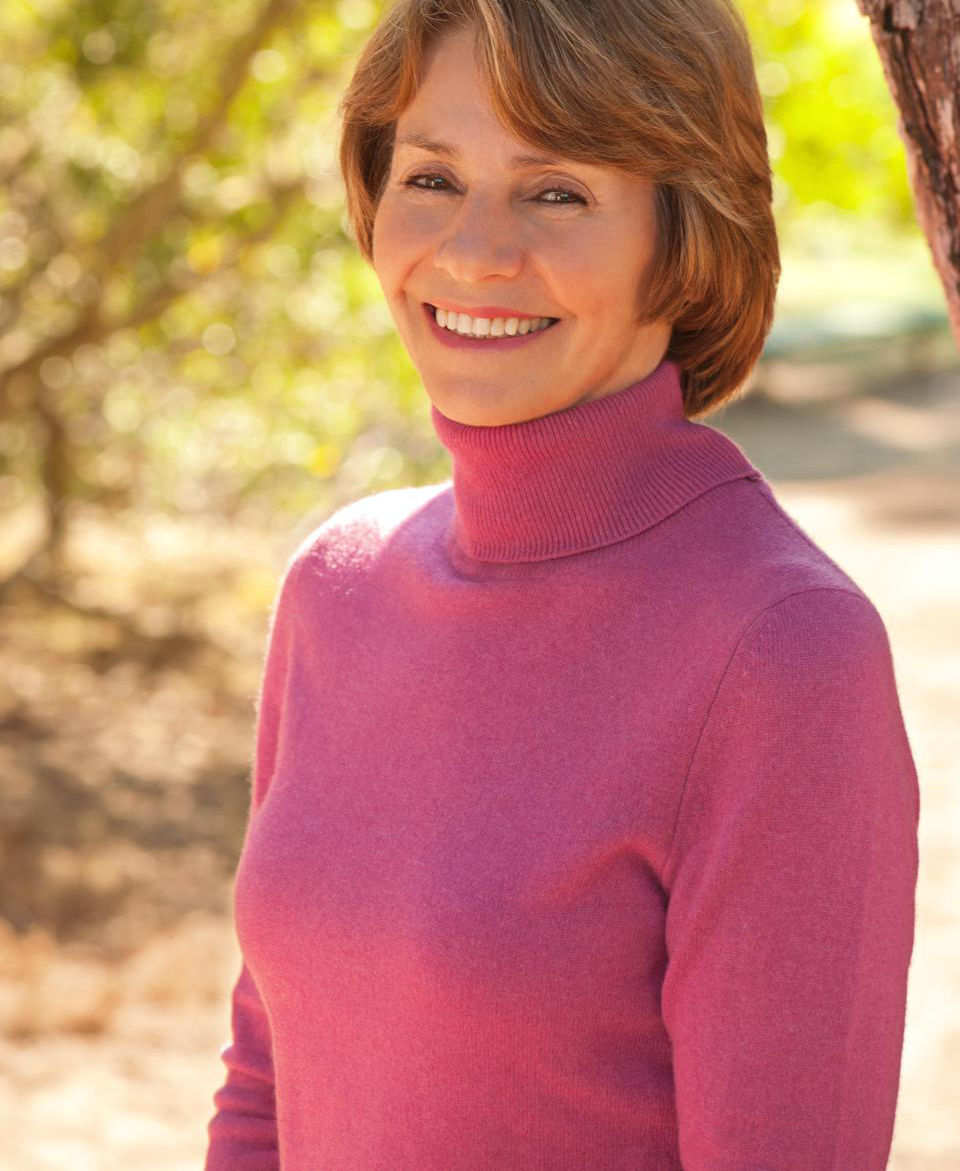 Perspective, foresight and purpose are qualities that every founder and executive must foster to succeed in today’s marketplace. Lynne Twist, co-founder of Pachamama Alliance and founder of the Soul of Money Institute, has an unique ability to spark those qualities in leaders. Her work has brought her into the inner circles of the likes of Oprah Winfrey, Buckminster Fuller, Mother Teresa and many others. Her organizations have raised hundreds of millions of dollars for social and environmental causes. She is a well of wisdom and powerhouse of purposeful action. I had the honor of speaking with her about her path and her work to put money to its best and highest use.

Simon Mainwaring: For those that don’t know your story, give us a sense of your journey.

Lynne Twist: As a young mother, I got deeply engaged with Buckminster Fuller, and learned a great deal from him. He had a mission of his life to ‘make the world work for everyone with no one and nothing left out.’ I took that on myself.

I began working with something called the Hunger Project. That’s where I met Mother Teresa. That led me to working with people in Ethiopia, Mozambique and many impoverished places. I learned from some of the people that most of us would call poor. Some of them have been my most profoundly powerful teachers. That’s what led me to get involved with indigenous peoples of the Amazon and the Pachamama Alliance.

SM: Tell us more about the Alliance?

LT: Pachamama is a Quechua word. It means mother Earth, sky, the universe and all of time. The Pachamama Alliance is a union between indigenous peoples of the Sacred Headwaters region of the Amazon and conscious people in the modern world.

We’re also working to preserve the Amazon river basin, which is the largest ecosystem on Earth. It is the source of our entire climate systems and could be close to collapse, which would be cataclysmic for our climate. We educate people around the world in 88 countries on how to bring forth an environmentally sustainable, spiritually fulfilling, socially just human presence on this planet.

We were called by the Achuar people in the Southern Ecuadorian rainforest in their first contact with modern world people. We learned a lot about their wisdom. They told us that the most important work we could do was to go home and change the dream of the modern world. They mean the dream of over-consumption and acquisition.

SM: Why do you feel that there’s an important role for business to play?

LT: Business is the most powerful institution on Earth. It is more stable, responsive and responsible than governments or religious institutions. We need businesses to take responsibility for making the huge transition our people and planet require.

SM: What benefits have you seen to companies by committing to this purposeful role?

LT: Ray Anderson was the CEO of Interface, the largest carpet manufacturer in the world. He saw

the error of his own ways and how toxic his supply chain was. Inspired by his granddaughter, he recalibrated the whole manufacturing cycle and now they are making the first carbon negative carpet. His employees are happier. They’ve received a ton of earned media and they are benefiting the planet.

SM: What are the risks that we’re facing that we need to pay attention to?

SM: What future did Buckminster Fuller lay out and what did he say in terms of the shifts we need to make?

LT: In 1976, at an event in Marin County, California, ‘Bucky’ said that humanity had crossed a threshold from a world of scarce resources to a world where our innovation, creativity and genius was creating more with less. We’re going from a you-or-me paradigm to a you-and-me paradigm. He said it would take 50 years for us to realize this shift from a scarcity paradigm to a sufficiency paradigm. It’s happening now. I would say that 2020 to 2030 is the most critical decade in humankind. We need to turn it around and we can.

SM: If I’m a solopreneur, starting out a business, where do I start? How would we even begin?

LT: Start with your ultimate purpose. How can that produce a business that is financially profitable and make a difference in the world? Take a look at the four pillars of Conscious Capitalism and B Corp. There’s many ways to measure your impact.

SM: What do the leaders you’ve guided to the Amazon through the Pachamama Alliance experience?

LT: We’ve come to see nature as a superstore that we can take whatever we want from. When you go to the Sacred Headwaters of the Amazon, where we take executives and CEOs, you commune with nature. You meet indigenous people who’ve never left that relationship with Pachamama. It changes people. Many start to see that the natural world is the greatest teacher we have. You never see everything the same again and you realize that your body is not something living on this Earth, it comes from the Earth.

SM: What is the relationship between indigenous people and the natural world that can guide how we need to reframe the role of business?

LT: Our modern world has trained us to be ‘all about me.’ We individuate almost at the expense of the community. And that shift from me to we, which is what you teach so brilliantly, is the shift that we need on this planet. That is the shift I’ve learned from indigenous people. I’ve learned from them, the choices that you and I make impact the future of life for 1,000 years.

SM: Where can someone start if they want to transition down this path?

LT: The other day, I watched 60 minutes featuring Bill Gates. He said, ‘We’re going to need to change absolutely everything about the way we live and we’re going to have to do it fast.’ Brave, bold and great leaders are the ones who are going to make that happen. We need a fundamental transformation. The Trillion Tree Project, for example, is an example of a program of the magnitude needed.

SM: How would you challenge us to reframe these common, but often assumptive terms like success, wealth, money, prosperity, abundance?

LT: The etymology of the word wealth comes from well-being. It’s not really about money, it’s about the wealth of being. It’s about flow. Money doesn’t belong to any one. It moves around. It can carry love. It can also carry toxicity. It’s how we use it.

When we say, ‘Is your son successful?’ we think we mean, ‘Has he made money?’ What you really want to know is whether he is a fulfilled human being. We’ve taken success and we’ve narrowed it down to the amount of money. It diminishes us. It’s turned us from citizens into consumers. That’s just one activity in our broad array of being a human being.

SM: If somebody wants to commit to this approach, how do they communicate that?

LT:  People who return from the rainforest into the belly of their beast often start by sharing their own transformation, vulnerably authentically and without guile. The shamans we work with in the rainforest say that every person that has the Pachamama Alliance experience impacts a thousand people within the next year by just being. If people can’t take the journey, they and their teams can take Pachamama Alliance courses on pachamama.org. When you have a transformation, the way to transmit it is to tell stories, talk about what you love and share your passion.

SM: How do people who’ve experienced this recalibrate so they can stay centered in that mindset, even as life tries to drag you back to the way things would otherwise be? 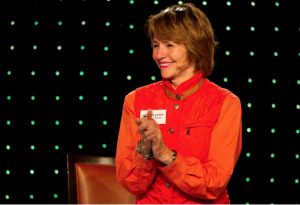 LT: I’ve created a mantra. Refuse to rush. I avoid leeches, people and projects that take my energy. Cultivate the lilies. Focus as much as you can on what you’re passionate about and that which gives you energy. As a leader, you need to take care of yourself. Live the phrase, ‘Drink as you pour.’ Enjoy the natural word, it’s nourishing and giving over to a new life form. Nature can help you get unstuck when you are frustrated or hurting.

SM: Where does healthy self-interest come in?

SM: If you were starting a business what type of company would you start? What would you prioritize?

LT: The shamans and elders in the rainforest say that everything comes from the Earth. The pandemic does too. COVID-19 is not happening to us. It’s happening for us. As painful and destructive as it is, it’s not a punishment for our species. It’s an ally. It’s made us stop, pause and go inside, not only inside our houses, but inside of ourselves. It’s reconnecting us with nature. If you’re starting a business at this time, think about what humanity needs now and work to deliver that.

SM: Finally, as you think about money, what are your goals?

LT: I’ve worked with global billionaire families as well as people with next to nothing. They’re all frightened about money. The Soul of Money Institute is about transforming our relationship with money and life. We also do a lot of work with women and money because there’s a blind spot there. We feel that it’s time for women to take their rightful role in co-equal partnership with men and bring this world into balance. We work to give people peace and freedom, creating an economy that is not based on scarcity, but on sufficiency. Our goal is to help everyone live healthy and productive lives without sacrificing the natural world or the wellbeing of people.

SM: Lynne, thank you so much for your spirit, generosity and leadership.