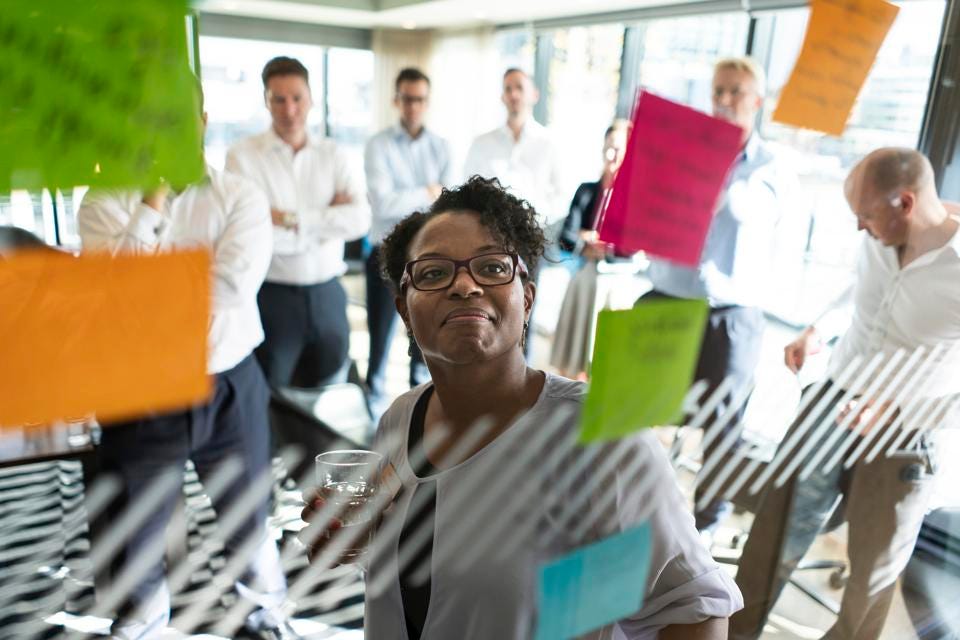 Purpose At Work: How Unreasonable Collaborates With Barclay’s To Give Businesses An ‘Unreasonable’ Advantage

Since 2016, Barclays banking group has partnered with growth-stage business support service Unreasonable to create and expand Unreasonable Impact (UI) — a social- and environmentally-focused network of accelerator programs that fosters the growth of green entrepreneurs and innovations through connections to investment, mentorship, and a network of global support and expert guidance.

UI is essentially an R&D engine, which initially targeted ventures from the UK and Ireland, then expanded by 2017 to the US and Asia. To date, the initiative supports entrepreneurs and innovators in the growth stage of such fields as hydrogen fuel cell vehicles, aquaponics, drone-based deforestation monitoring and reversal, and 3D printed prosthetics, to name a few. All its program partners Lead With We in novel ways.

Why is UI instrumental in this, the greatest shift in business and the economy since the Industrial Revolution? The global economy will need about 300 million new jobs in order to accommodate current unemployment, supplement projected job loss owing to automation, and provide opportunities for the next generation, Unreasonable’s leadership contends. Furthermore, almost a quarter of the world’s young people are “economically inactive — so something has to change.”

That change manifested as UI, an international network of “immersive gatherings focused on scaling up entrepreneurial solutions.” UI’s purpose is to shore up small and medium-sized businesses, and help employ thousands worldwide: Two-thirds of all jobs are created among similarly-sized businesses.

At the same time, UI businesses help solve some of the world’s most urgent societal and environmental challenges — one at a time, and by compounding impact toward a green economy, a more inclusive and maximally beneficial economy for the masses.

The UI program is highly competitive. Established and stable growth stage companies must demonstrate their value alignment with the program, prove their sustainability bona fides (that they’re working on solving a pressing social or environmental challenge through their product or service), their profitability or near-profitability and long-term market viability, their intention and positioning to create at least 500 jobs each over the next five years, and their capacity to scale-up exponentially, with the program’s support.

UI collaborates with a highly-developed network of mentors, funders, partners, and entrepreneurs to vet, handpick, and selectively invite company CEOs to join. A selection committee then evaluates suitability through multiple rounds of interviews until a final cohort of select entrepreneurs is welcomed onto the scheme.

Wayne Suiter Matamoros, managing director of product and experience at Unreasonable, tells We First that the Unreasonable program intends nothing short of “repositioning capitalism [to] actually be beneficial to the world … and change the entire structure of the way businesses operate.”

The term “unreasonable,” according to Matamoros, “is not just a marketing gimmick. I think that right now we are in such a place, especially when you look at the

environment, where reasonable solutions are just not going to cut it.” With an “unreasonable” ambition, such as reengineering and repurposing capitalism — “We’re talking about a construct that has existed for hundreds of years” — the organization aims for the highest achievable collective impact it can exert.

“How do we make sure that we are really going to have an abnormal impact on the world,” asks Matamoros, “just really above and beyond what we think possible — and then even more so?”

When he interacts with the program’s “fellows,” says Matamoros — their credentials, their ideas, their impact — “It’s so unreasonable. It’s so far-fetched.” For example, one Unreasonable Impact company — “a potential unicorn,” according to Matamoros — is air protein. The northern California startup makes meat … from air.

“It literally captures carbon dioxide and greenhouse gas,” says Matamoros, “and converts it into edible chicken” and fish — and it’s working on beef, pork, and other seafood as it scales. Talk about innovation. Talk about problem-solving. Turning potentially toxic elements in the air into sustainable protein “eliminates the compromise between taste, nutrition, and climate threat,” air protein’s leadership says.

“I think if you were to look at a lot of our ventures and speak to a lot of our fellows,” says Matamoros, “you would think, ‘Wait a minute, this can’t be real. This is too far out there.’” It’s unreasonable. But it’s happening. It’s the future. It’s now.

“At the foundation of their business model,” says Matamoros of the program’s ventures, “is some aspect of environmental or social good. And this is something that unfortunately shouldn’t be as radical as it is — but it is radical. And in our support of them, part of what we help them do is to stay true to that purpose and to make sure that they can continue to have that impact.”

On the funding side, Unreasonable’s also shaking up the standard model. It’s reasonable — though regrettably not common — to “invite in people who normally are not part of investing,” Matamoros reports. “So, we have really high diversity targets that we’ve been hitting. We’re always looking at 50 percent and above women and people of color to be a part of this. We also allow different dollar figures,” so that nontraditional investors “can get in. So, even at the core of something as cut-and-dried as capital raising, we’re trying to change what that looks like. Across every angle, we’re trying to have that impact.”

On the mentoring, funding, and resourcing front, UI offers its fellows “lifelong support,” another unusual — but not unreasonable — aspect of the program’s impact potential. In part, Matamoros explains, because “What we’re looking for is giant-slayers. When we look at some of the industries out there that have just for decades and decades been destroying our Earth and behaving in ways that have been completely irresponsible, and have dominated industries and set standards … we’re looking for disrupters to that.”

So, in the “wasteful, wasteful fashion industry — what we’re wearing right now is primarily petroleum” — UI’s taken on Natural Fiber Welding (NFW), an Illinois company employing high-tech material science that turns plant polymers into fabrics. In other words, unleashing the power, diversity, and abundance of nature, Matamoros says, rather than continuing to ransack the planet’s finite resources.

As Matamoros explains, “They have partnerships now. They’re working with BMW, Ralph Lauren. They want to be able to compete at the highest levels with the biggest providers of fabrics.” Indeed, NFW is leading a transformation in the soft-goods material industry, from petroleum addiction and linear life-cycles to plant-based and inherent circularity — and legacy manufacturers are going to have to catch up — or lose market share. Such advancements are particularly exciting for Matamoros, who is also an adjunct professor at the Tandon School of Engineering at New York University, teaching Design Thinking and Creative Problem Solving.

The reason it works? It’s a We First enterprise

The enduring support companies get through UI features is not only dollars — “capital keeps the lights on,” says Matamoros, but human brains, through an effective Lead With We architecture:

It’s all about building community. “We bring in all of these incredible mentors and, yes, we have a lot of recognizable names. [Modern marketing guru] Seth Godin shows up often. Tom Chi, one of the founders of Google Glass [whose mission is to “Help humanity become a net-positive to nature]. Rich Barton, one of the founders of Expedia,” and so on, says Matamoros.

If We all start asking each other that question, then work With each other on co-creating solutions, there’s no telling where that will Lead.

Says Matamoros, “We often talk about us trying to give our fellows an ‘unfair competitive advantage’ …. ‘Unfair’ sounds wrong. But in reality, so many of the industries have been dominated by companies who have been very unfair — in the wrong way. And so, we want our founders, we want our ventures to be able to compete. And if that means giving them an unfair advantage, which is very “unreasonable,” that’s what we want to do.”