Why the U.S. Withdrawal from the Paris Climate Agreement Matters To Business

The 2015 Paris Agreement was the first global pact signed by Heads of State to mitigate climate change. The science is clear. We need to take action now to prevent irreversible impact on countless lives and our planet. 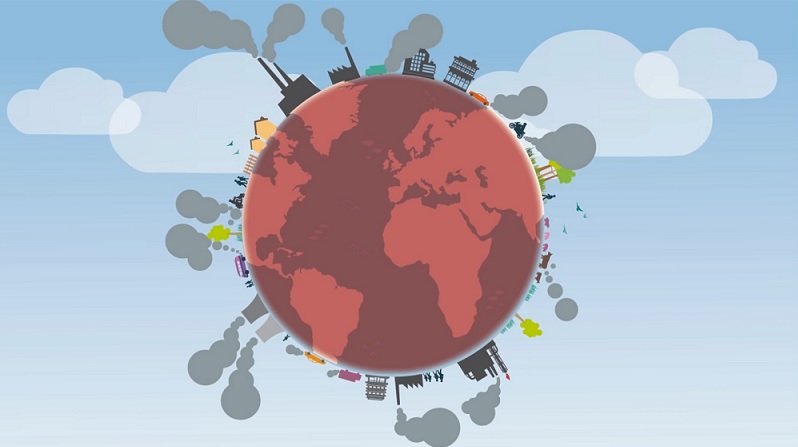 When President Trump took office, he pledged to remove the United States from the Paris Climate Agreement as soon as possible. The Paris Accord was drafted to make it difficult for countries to leave. On November 4th, 2019, the Trump Administration announced the U.S.’s official withdrawal, claiming the pact caused “unfair economic burden imposed on American workers, businesses, and taxpayers.”

It will take one year for the U.S. to formally extricate itself from the agreement, but the timeline for nature has longer term consequences. A report released last year by the Intergovernmental Panel on Climate Change (IPCC) found that we are not on track to meet climate targets to cap warming at 2 degrees C. In a business as usual scenario, Earth is likely to warm up by 3.1 to 3.7 degrees C by the end of the century. This means biodiversity loss, ocean acidification, desertification and other climate crises will accelerate, putting additional burden on humanity.

If Trump is not reelected, there is a good chance the United States will re enter the Agreement. However, it will take longer to course correct towards the 2 C goal. Meanwhile, the effects of unmitigated greenhouse gases will have lasting impacts on the world’s climate and ecosystems for decades to come.

The United States has emitted more greenhouse gas emissions than any other country in history and is the second largest emitter today. By withdrawing, the U.S. is effectively shifting responsibility to other nations less capable and equipped. This will create frustration and resentment around the shift of burden to other leaders and nations. As a long-term major contributor, we have a moral and global responsibility to mitigate the risks of the climate crisis that will compromise all lives.

The good news is that none of these choices are made in a vacuum or limited to Washington DC. Businesses, as well as nonprofits and local governments, have an equal if not greater responsibility and opportunity to play a leadership role in championing climate action. The consequences of U.S. abdicating its undeniable responsibility to mitigate climate change on the global stage are yet to be seen. Regardless, the decision not only complicates global climate politics, it also impacts the international business environment.

Here are the business impacts of the U.S. departure from the Paris Climate Agreement

One hundred and eighty seven other countries are positioning their policies to cultivate a more sustainable business environment. Innovators that move the needle will earn a reputation as relevant and responsible leaders.

In contrast, by leaving the pact the U.S. is relieving pressure on itself to drive and support sustainable innovation. The impact of walking away won’t be limited to the U.S. alone. It will erode esteem and respect for the country around the world. It may also ignite questions about the role of U.S. companies participating in the global low carbon economy. It may also affect others willingness to work with both U.S. public and private partners.

While the federal government is removing itself from the fight to mitigate climate change, some organizations are committing to the challenge anyway. The We Are Still In coalition is composed of businesses, states, cities and counties, universities and others staying on track with the science based targets. Over 2,220 businesses including Apple, Google, Walmart and other Fortune 500 companies signed up.

What’s more, states like California, New York, Connecticut, and 7 others are committed to fostering a sustainable environmental and economic future. Groups like C40 and RE100 also offer public and private sector players opportunities to make vows to reduce emissions.

Amidst the lack of federal support, a group of purpose-driven individuals and organizations are taking the charge to join the rest of the world in fighting climate change. This creates an “all hands on deck” opportunity for unconventional partnerships.

The lack of climate change stewardship from the Oval Office creates leadership opportunities in other places. Businesses that not only join coalitions, but engage consumers and other organizations to take action will come out as leaders. A great example of a business taking a lead on climate action is Interface. The largest producer of commercial carpeting is developing a carbon negative carpet. Another example of a brand moving the needle on climate impact is Timberland. The bootmaker’s Plant The Change initiative is working to build The Great Green Wall, an 8,000 km forest to help mitigate climate change.

Ultimately, businesses that take the initiative to reduce their own emissions while inspiring and empowering others to do the same carve out a role as leaders. These brands gain earned media, word of mouth advertising and consumer goodwill.

The U.S. departure from the Paris Accord puts pressure on the global climate movement.  There may be increased skepticism about partnerships and commitment with U.S. companies. At the same time, there are increased opportunities for purposeful businesses to take a leading role as climate activists.