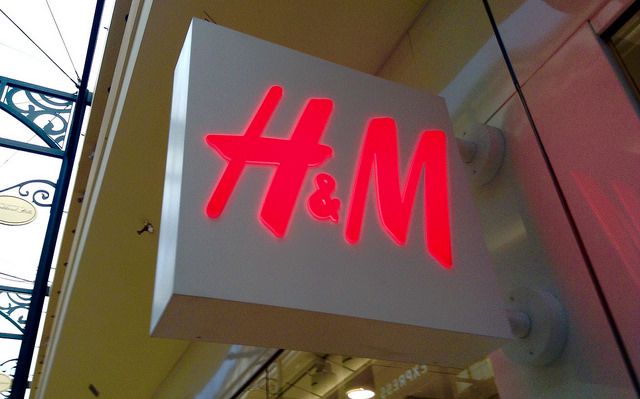 When Advertising Backfires: A Cautionary Lesson From H&M’s Misstep

As David Ogilvy once claimed, “What you say in advertising is more important than how you say it.” In a recent H&M ad, featuring an African American child wearing a sweatshirt that read ‘coolest monkey in the jungle.’ Many people considered this product shot as insensitive, tone deaf, and racist. Not only did the ad in question fail to move the sales needle, it also sparked consumer backlash and criticism from brand ambassadors, collaborating artists, and notable figures with far-reaching social media platforms — such as P. Diddy and Lebron James — all of which were seriously damaging to the brand’s reputation. Also among the list of critics was The Weeknd, who promptly ended his endorsement deal with the brand, issuing a public statement reprimanding the brand’s poor decision.

While numerous brands are building consumer goodwill, loyalty, and purchases by leveraging their business to build a better world, many companies still make poor marketing decisions, and the costly consequences that follow. Irresponsible communications are a significant threat for any company’s reputation and can tarnish hard earned consumer trust. As Warren Buffett says, “It takes 20 years to build a reputation and five minutes to ruin it.” The good news is that there are clear ways to avoid bad branding and advertising decisions.

1. Be Inclusive: While targeting and connecting with niche markets is paramount to building your brand, it’s essential to avoid excluding anyone in public communications or corporate culture. Internally, you can foster diversity and inclusion by hiring talent from a wide array of backgrounds, measuring equality and diversity, and creating a company community around a higher purpose. Externally, it’s critical to embody the same principles of diversity and inclusion in how you communicate with your consumers and stakeholders. The values and voice of your brand are largely driven by your marketing and branding strategies. Therefore, you must let corporate purpose be the compass for how you communicate with both your internal community and external consumers.

Not long before the H&M sweatshirt debacle, Dove made a similar mistake in a social media spot that featured a black woman removing her shirt to reveal a white woman.

Such insensitive and unacceptable statements, whether they were intentional or not, our bound to offend the groups that are poorly represented. So before putting your brand name on an advertisement, ask your team,‘would this content offend or exclude anyone?’ If you aren’t sure, talk about it with someone you think it might offend to ensure mutual respect is maintained.

2. Be Authentic: Inclusion is important, but at the same time, standing up for a issue that’s important to your culture and community is a key aspect of distinguishing yourself as a purpose-driven corporate leader. For example, Patagonia is doing groundbreaking work on protecting public lands. That said, you must ensure that your efforts to take a stand for social good are genuine and meaningful. If they aren’t, technologically connected consumers will call you out on it, which can harm your brand image.

Pepsi recently fielded social media backlash and bad PR after airing a spot that featured Kendall Jenner handing a policeman a Pepsi. This attempt at connecting with the Women’s March, Black Lives Matter and uprise in social protest backfired. The brand diminished the authenticity of hard-won social movements by suggesting that conflict could be simply resolved with a Pepsi.

The lesson here is that when you attempt to associate your brand with cultural movements, it’s essential to authentically touch upon real issues – like Heineken did in the Worlds Apart spot – rather than co-opting cultural movements merely to serve your business.

3. Be Prepared:No matter how strong your brand is, there is always the risk of making a mistake or offending someone. That’s why it’s essential to have protocols in place and a strong social network that can help you avoid bad PR and conduct crisis management if and when you need it.

In response to the Trump Administration’s Travel Ban, Starbucks committed to hiring 10,000 refugees. Some consumers criticized the coffee company for not hiring veterans or other U.S. citizens. Starbucks employees and veterans came to the brand’s defense, reminding people that Starbucks previously committed to hiring 10,000 veterans and is actively involved in the veteran community. By building relationships and taking authentic actions to promote inclusion, Starbucks was prepared for consumer pushback.

Alternatively. United Airlines made headlines several months ago when a staff member forcefully removed an elderly man from an airplane due to overbooking. The company was criticized by media outlets and consumers on social media, tarnishing its brand. United Airlines could have avoided bad PR if it had better instituted a policy for how to handle similar situations. Ultimately, it’s essential to have a dynamic action plan to handle bad advertising or other PR crisis.

The key takeaways are that you must be mindful of how you represent your brand in the world and consider how your company’s actions impact society. By committing to a higher purpose and using your company as a force for good, you can strengthen ties with key stakeholders, improve your reputation, and use purpose as a guiding light to drive social good and profitable growth.