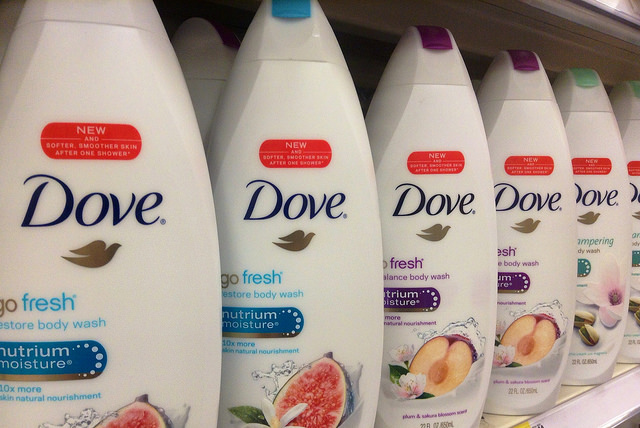 What Every Marketer Must Learn From Dove’s Disastrous Ad

Advertisers are picking up on consumer demand for companies that make valuable contributions to social and environmental causes.

While meaningful messaging can distinguish your brand from the competition and establish you as a purpose-driven leader, insensitive cause marketing can tarnish your image, as we’ve seen in many campaigns such as the recent Kendall Jenner Pepsi commercial.

As such, it’s imperative that your communications strategies authentically showcase your social impact. Be sure to avoid playing lip service to purpose or, even worse, offending people.

Here are three lessons on how to avoid bad PR from misguided cause marketing:

Do your research: Ideas are a dime a dozen. While you might have what sounds like an amazing concept that you think will turn eyeballs and generate conversions, it might not work in practice. To the contrary, it could even turn people off or generate negative media coverage of your brand.

Therefore, it’s critical to test your ideas out on a sample of your target audience before using them to represent your brand. This sounds basic, but it’s an important point that should not be overlooked.

An example of an initiative that went awry is the “Ready For a Dove Shower?” social media campaign. Dove, which has worked hard to build a reputation for celebrating women’s natural beauty and female self empowerment, was blasted on social media and in the news for releasing a racist gif.

The short video depicted a black woman lifting her shirt to then reveal a white women. One commenter remarked, “What are you telling the little black girls who watch this?”

The key lesson is that an idea might seem normal to you but could be offensive to others. An excellent way to build an internal filter and strengthen your team’s performance overall is to hire people from different backgrounds and foster diversity and inclusion in the workplace.

Be authentic: Anyone can fabricate a generic story about a person or group in hardship, and then position a brand as a savior. However, these overly simplified, impersonal stories often aren’t memorable and can even be perceived as disrespectful.

It follows that brands should focus on real stories that shed light on cultural issues that relate to their internal and external culture, rather than making blanket statements about issues they aren’t actively involved in.

McDonald’s recent spot about a boy whose father died is an example of the dangers of inauthenticity. The commercial tells a story about a youth who asks his mother about his father, only to be told that they were very dissimilar. The boy is notably discouraged until they arrive at McDonald’s and the mother remarks that the sandwich the boy is eating was his father’s favorite too.

The ad clearly undermined the severity of losing a parent and was berated by offended consumers. McDonald’s eventually pulled the spot and apologized for its insensitivity.

The key takeaway is that brands should seek out stories that reflect real people’s journey’s and celebrate their customers, rather than making light of serious issues and positioning themselves as the hero.

Honor cultural nuances: While cultural insensitivities can be avoided with proper research and authentic representation, it’s important to note the nuances of historical traditions.

Every culture has unique customs and codes of conduct that are expected as a sign of respect. It is especially important to honor these customs when depicting people from different religions, countries or beliefs in advertising.

A recent spot by Meat & Livestock Australia did a horrible job of conveying cultural diversity. The ad showed a group of people from various religions and cultures eating a feast around a large table together. Although the story was supposed to showcase the acceptance that comes with sharing a hearty meal, the brand portrays the Hindu deity, Ganesha, eating meat. This outraged viewers because Ganesha, like many Hindus, observes a vegetarian diet and, traditionally, would never be represented eating lamb.

The lesson here is that it’s important to respect religion, history and belief when showcasing characters from various backgrounds in marketing initiatives. Inaccurately representing an historic figure or practice not only shows a lack of recognition for culture, but also presents your brand as unsophisticated.

Ultimately, meaningful stories about social issues impacting the world can be an excellent way to join cultural conversations and position your brand as a purposeful entity poised for impact. That said, it’s vital to be sensitive to how your messages may be perceived by people that are different from you and honor nuances that separate genuine social contribution form inauthentic cause washing.