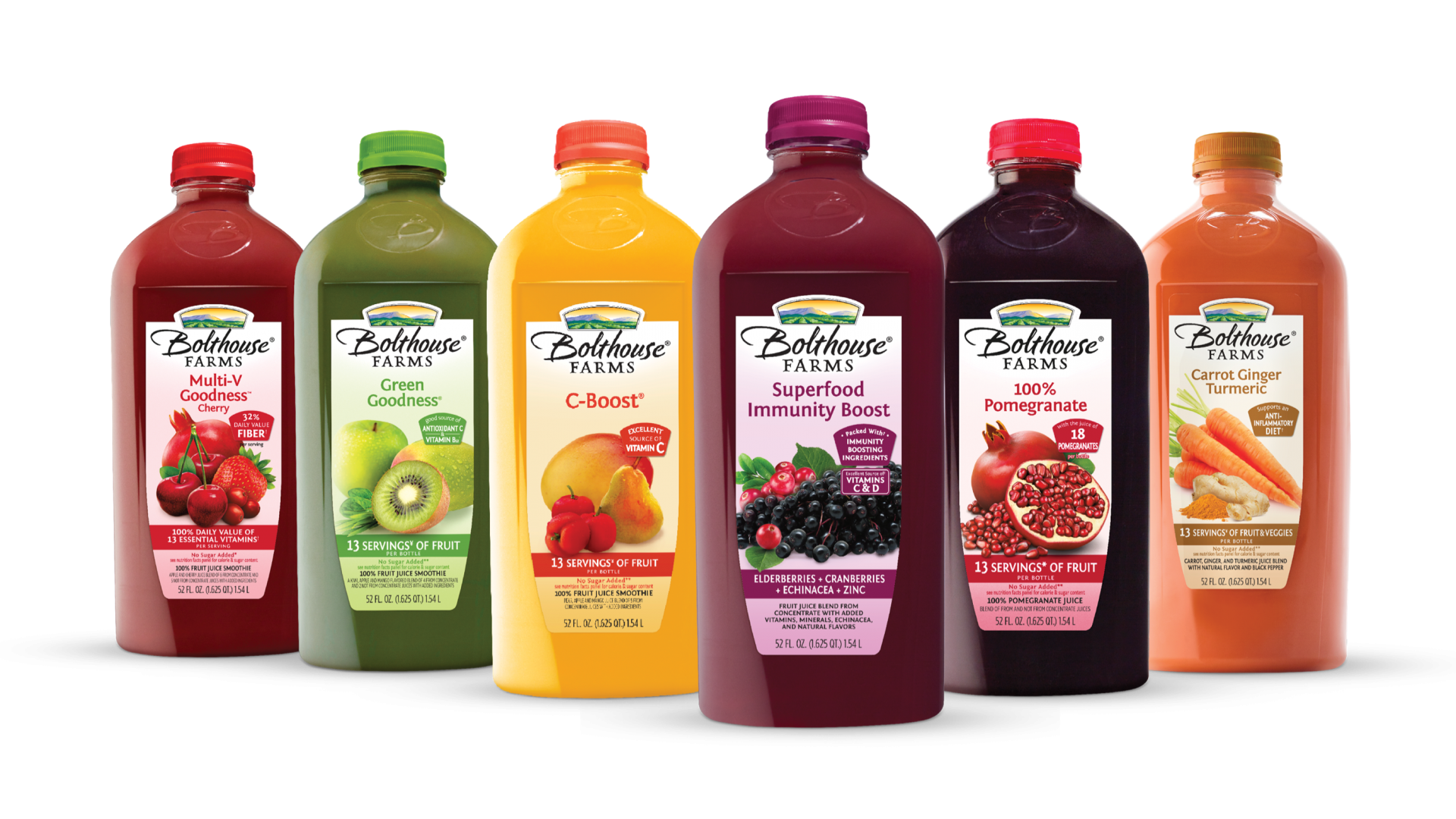 Purpose At Work: How Bolthouse Farms Is Growing The Plant-Based Food Movement 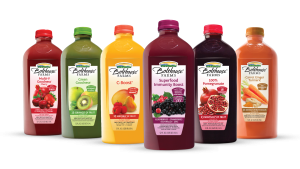 Behavior change is one of the most powerful and most challenging levers we have to catalyze the growth of a healthy and prosperous future. Brands that solve for society’s most challenging issues build community and a loyal customer base. A brand doing a great job growing the plant-based food movement is Bolthouse Farms. “If we move to plant-based and we do it in a regenerative way, it drives planetary health, which also lowers healthcare costs,” Jeff Dunn, CEO of Bolthouse Farms, tells We First.

Founded in 1915, Bolthouse Farms has built a health conscious legacy founded on carrots, expanding to drinks, dressings and beyond. The company has changed ownership and leadership throughout the years. Campbell Soup Co recently sold the brand to Butterfly, a private equity firm. To bring back a sense of purposeful foresight, the new ownership has reinstated Dunn as the company’s CEO after he left three years prior.

While the leadership may have changed, the purpose behind the company is strong. “We believe in Plants Powering People. We have to move to a plant-based food economy,” Dunn says. “The second thing is People Powering Purpose. All that matters anymore is people. That’s the true competitive advantage.” With its history, products and leadership, Bolthouse’s journey offers valuable lessons for executives and entrepreneurs looking to Lead With We.

There’s a deep connection between planetary health and human health that is profound and rising in awareness. Bolthouse Farms is working towards a more plant-based food future. How are they changing people’s purchasing habits on such a personal choice like diet?

“The first thing we do is engage consumers around what plant-based means. If you think back to organics and other food-based movements, it hasn’t landed yet,” Dunn says. “We think about how to create products that not just replicate meat and dairy, but actually replace them in a way that is in some senses better.”

Dunn is driven by the connection between plant-based foods, health and the environment. “Plant-based diets are, on average, 25 times more efficient in terms of water and land use,” he explains. “Studies are finding that they can help you lose weight and change how well your body metabolizes food.”

The power of plants to reduce public health costs and curb society’s carbon footprint is something Dunn and other leaders in the space – like John Mackey, CEO of Whole Foods – strongly believe in. “The food system, the USDA, the Department of Agriculture and, historically, food policy has been commodity driven,” Dunn says. “We haven’t had a food policy, other than what Michelle Obama tried to do, which is a comprehensive view of how food can impact human health.”

To truly change people’s purchasing habits, Bolthouse Farms is going after old familiar favorites, like the hotdog. “Americans eat 1 billion hot dogs a year,” Dunn says. “If we capture 1% of that market, it’s a big business.”  Bolthouse Farms is rolling out a new carrot-based product line called Wunderoots, which features “Carrot Dogs, Carrot Fettuccine kits and Riced Carrot kits.” While Dunn wants people to shift towards more whole food plant-based diets, he sees processed foods as a stepping stone. “You’re going to need those ultra processed products as they really do replicate all the kinds of sensory stuff people are used to,” Dunn says. “We think about the core and crust. How can we do everything moving from advocacy. When you get outside the core, it can become activism.”

With plant-based foods gaining popularity, there are increasing numbers of brands looking to attract eyeballs and gain market share in the space. One of the ways companies are cutting through the noise is with powerful storytelling.

“The first thing you have to do is engage in dialogue with an authentic voice,” Dunn says. “It’s not about having plant-based products. It’s about supporting a plant-based food system, and then having products that help that come into fruition.”

Jeff frowns upon marketers scrolling through google trends trying to catch the wave of the latest plant-based trends. “I don’t think it is going to work. The consumer is highly educated,” he says. Since the departure from Campbell Soup, Jeff is working on building the dialogue both internally and with consumers.

“You have to establish your purpose internally. They have to buy in and believe,” the CEO says. “The last 18 months have been about re-establishing integrity and credibility with our own organization around walking the talk.”

While COVID-19 has presented challenges, it has also inspired Dunn to double down on purposeful communications throughout the organization. “You don’t have that choice anymore. You have to take a stand. We’re reintroducing ourselves to people with these values first.”

In addition to taking a stand on food and health related issues, Bolthouse Farms is actively speaking out around the Black Lives Matter (BLM) movement and social justice issues. “We moved from our business interest to community interest to planetary interest,” Dunn says.

Bolthouse Farms has its headquarters in Bakersfield, California, which is quite a conservative place. “After BLM, we took a stance condemning violence and looting. We’re also supporting social justice, justice system reform, particularly in regards to how it’s impacted people of color,” Dunn says. The brand released a magazine to publicize its position. Jeff asked, “Does any individual not understand why we’re doing this or fundamentally disagree with it?” Bolthouse Farms’ CEO says a substantial amount of people reached out to him to discuss it. “Lots of 30 to 40 year old white males came to me and said, ‘I don’t even understand what’s going on. What did I do?’”

Dunn says that he tries to listen to all people, regardless of the color of their skin. Unfortunately, he finds it to be “polarizing,” with little to no community engagement between white and black employees. “I’ve tried to move between the two and find a way at least in Bolthouse Farms to bring it together into a more productive conversation and that’s actually happened. Just having conversations has built better understanding and acceptance. Some of them still don’t agree with it. But what they do agree with is that we should have the conversation.”

Re-structuring around people and purpose 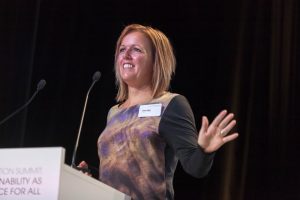 With mounting uncertainty, political polarization and business and societal challenges, brands must lead with purpose to earn a license to operate with employees and consumers.

“As a CEO, purpose and people are the whole ball game.” Dunn says he focuses his time on having meaningful conversations and investing in those two things.

“I don’t engage in day-to-day tactical operating decisions anymore,” he says. “I’ve got an incredible team who’s killing it. This is where CEOs make a big mistake. They’re either completely disengaged or they’re micromanaging their brains out. I can’t do everything.”

According to Dunn, leadership is about finding the balance between compassion and decisiveness. “I want values, but I want strong leadership,” he says. “In my case, I’ve tried to be clear about what I’m going to spend my energies on. I want the rest of my leadership team to focus on other things.” By having different leaders within an organization champion different issues, you can strengthen the network and align around higher purpose.

Societal challenges are too big for any one brand or CEO to tackle. We need to find avenues for collaborative leadership around global issues.

“Collaborative intelligence has to be built on a foundation of shared interest and trust,” Dunn says. Luckily, we are seeing more businesses, both large and small, working towards a better tomorrow. “We’re seeing large customers like Walmart asking for ESG plans,” he says.

One of the insights from COVID-19 is this shared responsibility to keep everyone safe and live the best we can during these unprecedented times. Hopefully this collaboration will propel collective leadership around issues like climate change and other public health crises.

“The majority of people around the world have a vested interest in stability,” Dunn says. “What keeps me up at night is how to accelerate collaboration. How do we use business, communication and culture to stitch this back together? That’s why we focus on plant-based food systems.”

That collaboration must happen across sectors. Dunn argues that the government, especially in relation to agriculture and food policy, must think and operate with a leaner mentality. “Look at the Department of Agriculture. There are, say, 30,000 jobs. A business would think about how to get the job done with 10,000 people. It’s a huge network but there are critical nodes that can amplify impact more efficiently.”

“If you give businesses a better way to think about things, better partnerships, better relationships with customers, they will see it as positive. If you put a lot of unnecessary bureaucracy on them, they don’t like it,” Dunn says. “How do you engage business with a solution with the nonprofit and the public sector, in a way that’s not bureaucratic? It’s got to be solutions oriented.”

One of the challenges we need to address with collaborative leadership is how to feed the growing population. As developing countries increase per capita GDP and build a middle class, one of the first things people spend money on is food. However, earth can not support production of a standard American diet for 10 billion people.

Automation is one way leaders like Dunn are looking to feed the growing demand for food. “We’re in conversations with Mineral, which is Alphabet’s (Google) agriculture project. They’re trying to digitize the whole farming experience with robots and data,” Dunn says. “Within 10 years I think I can take every single human body out of the process. You can be more efficient in the whole planting, harvesting process. Bolthouse isn’t going to change the world but we can be one of those influential nodes I just talked about that provides the case studies for doing things differently.”

Atomization doesn’t necessarily mean loss of jobs, Dunn says. “We should create 100,000 new farmers in this country in the next 40 years, driven by technology and focused on healthy products.”

Jeff Dunn’s experience with Bolthouse Farms and beyond has given him unique wisdom and insight into how to drive growth through purpose. Here are some key takeaways from Dunn that every entrepreneur must heed.