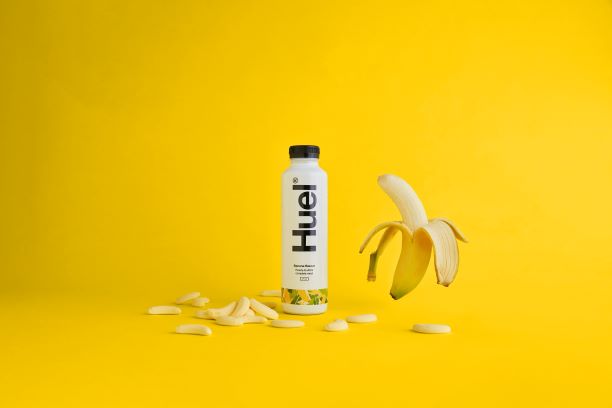 Purpose At Work: How Huel Is Fighting Global Degradation, One Meal At A Time 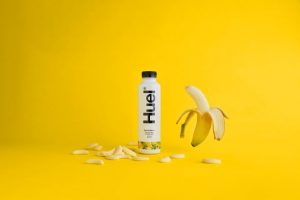 Crisis 1: At least 2 billion people worldwide are malnourished. According to the CDC, from 1999–2000 through 2017–2018, the rate of U.S. obesity prevalence increased from 30.5% to 42.4%, with the prevalence of extreme obesity doubling to 9.2%. And those statistics are from before the impact of the pandemic compounded these troubling issues.

Dietary risk factors — what scientists call “suboptimal nutrition” — whether from hunger or glut — cause 11 million deaths each year — and cut short 255 million more through chronic diseases directly linked to our food intake.

Crisis 2: At the same time, food production, processing, and distribution are one of the largest causes of global environmental degradation, contributing a quarter of all greenhouse gas emissions. Factory farming, unsustainable land and ocean use, and unchecked supply chains are some culprits contributing to the looming disaster of the climate emergency.

Naturally, these two crises are inextricably bound with each other. “The food we’re eating isn’t just bad for the planet,” argues U.K.-based Huel Ltd, “it’s not so good for us, either.” The leadership at Huel Ltd, from cofounder and head of sustainable nutrition James Collier, through to the 100+ “Hueligans” on its team, are all passionate purveyors not so much of a product — but a shift in thinking and lifestyle necessitated by the urgency of our intertwined challenges.

Of course, there is a product. The company has sold more than 150 million of them to more than 100 countries. Huel (human fuel), is a protein-rich, high-fiber, low-carb meal replacement. The ingredients include sustainable hemp; oats; rice, pea, and faba protein; sunflower; flaxseed; coconut oil; and several other dietary supplements including essential fatty acids, 27 essential vitamins and minerals, plus phytonutrients.

But how does a meal replacement powder, liquid, or bar help “fuel” a revolution in solving the interlinked catastrophes of our physical and global health? Its brand community takes responsibility for its part in affecting the world — and innovates ways to exponentially better it.

“The world around us is changing,” CEO James McMaster tells We First. The workplace is different. Cancel culture is rampant. “There are all sorts of things to navigate … [and] the kind of togetherness we need is really hard to achieve,” he says.

Yet the world — the developed world, at least — is coming together more and more around those intertwined issues, McMaster notes. Tackling the climate crisis and human health only begins at the lynchpin of a plant-based diet, he says. “Post- COVID there’s definitely been a movement towards healthier food and definitely a movement towards plant-based eating.” That’s a good start. “We got used to eating unhealthy food, and because it’s plentiful for a decent proportion of the world, we go after it — and people are getting heavier and heavier,” he says.

“Then the other thing that links to that is we’re about seven billion people now on the planet, and it’s going to grow to about ten billion by 2050,” says McMaster. “So, the big challenge is how do you feed everyone?”

Certainly not by “cutting down the Amazon [by] deforestation to create more land for grazing animals,” McMaster warns. “Something like half of the world’s land is used for crop farming. Then seventy percent of the world’s water is used for irrigation. It’s just not sustainable,” he says. “So we have to change the way we eat … [We] have to think differently about the way we eat — otherwise we’re all in for a pretty painful time.”

Key to Huel’s mission is driving that change in our patterns of thinking and our eating habits. The fulcrum that connects human and global health lies in “the knowledge of the impact your food choice has on the world,” says McMaster. When Huel first started six years ago, McMaster remembers, “We very much minimized our impact on animals and the environment through plant-based eating.” But it took “knowing our product inside out” to start thinking even bigger.

For example, the company spent two years studying the carbon footprint of its processes and products, through the entire global supply chain. “We got a lot of data,” McMaster says, which confirmed Huel was “a low carbon footprint food … a burger is about four times higher … Wow. If you can have more Huel you’re reducing your carbon footprint, and if you have two plant-based meals a day … [that’s roughly a fifty percent] reduction in your carbon footprint.” Healthier food for you equals a healthier planet for all.

But there’s a learning curve in the awareness of that conclusion. “I think [when it comes to] agriculture and food production people haven’t been made aware enough of the impact it has on the planet,” McMaster says. It’s not like the difference between combustion engines and electric cars, he says, a truth, “which has been drummed into our heads for decades now.”

To bridge that knowledge gap, Huel launched in November 2020 its first-ever Sustainable Nutrition Report and shared it widely. 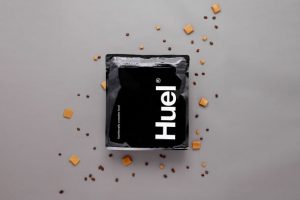 Swap out wasteful practices for more efficient ones

Among other things, the report dived deeper into the role that food waste plays in both dietary and planetary (un)sustainability. “About one-third of all the food that we create for human consumption is wasted,” McMaster laments. The company’s “Hueligans” — its community — boast that they have helped prevent almost two million pounds of food waste to date.

How? There’s the product itself, packing everything a human needs for a meal. And there’s its partnerships, especially the one with the French food service and facilities management company Sodexo, which serves more than nine thousand sites in North America. When Sodexo decided to flex its muscle for good several years ago, by influencing behaviors among its millions of customers, it urged people to waste less. It adopted the “Save the Food” mantle from the national public service campaign developed by the Ad Council and the Natural Resources Defense Council. Then, simply, methodically, logically, and emotionally, Sodexo and its partners like Huel, engaged their customers to reduce, reuse, and recycle instead of contributing to the “nearly $165 billion in wasted food that Americans throw out annually.”

That’s a single Lead With We collaboration taking a giant step toward a more circular economy.

Change the flavor from “Me” to We

“We’ve massively changed since the beginning,” says McMaster. Huel’s cofounder Collier worked in nutrition and dietetics for 27 years. “He led our ‘Nutrition first — taste a close second,’ phrase” that was at the center of the company’s product and marketing strategies. “It was very much about telling everyone that this product is seriously good for you. We’ve always designed the recipe, and in the very early days we would work with external manufacturers and leave it up to them in terms of sourcing the ingredients.”

That strategy didn’t maximize its evolving mission to benefit the environment.

So, the company created an in-house procurement team, now a twelve-person crew responsible for raw materials quality. “We also have an in-house product development team. So, I feel like we’re quite far ahead of many companies in terms of how we think about designing what products to launch next,” says McMaster. “Making sure it’s optimizing taste, nutrition, and” sustainable sourcing that doesn’t harm the Earth.

“We’ve got massive knowledge about the fields,” where its ingredients originate, says McMaster. “We visit all the companies we buy from, and we make sure they’re ethical, make sure the taste is right, make sure the carbon footprint is as low as it can be. I think our innovation and how we do new product development is probably our strongest asset as a business.”

Huel’s analysis includes annual risk assessments for all its source countries, including their approach to the protection of human rights and the environment within each organization and supply chain. It’s a member of the Supplier Ethical Data Exchange (Sedex), whose guidance and benchmarking help the company ensure that all its suppliers meet an internationally recognized sustainability standard (working conditions, living wage, etc.) that furthers Huel’s purpose and goal to continuously reduce its carbon footprint.

The company goes so far as to study “soil health … heavy machinery, lack of crop rotation, exposure of crops throughout winter. The way we farm is just depleting the soil.” To learn more about more sustainable agriculture, Huel “sponsored a farm to convert to regenerative farming, and we’re learning a lot from it. We’re trying to raise awareness of the fact that regenerative farming in theory actually has the power to reduce global warming by sequestering carbon from the atmosphere,” McMaster says.

Huel’s transparency in carbon labeling — currently on its website — “helps people make a decision,” says McMaster. “They think, ‘Wow. I didn’t realize. I’m buying [Huel] because I want it to be healthy and convenient .. to reduce my meat consumption … but actually this makes me feel quite good because it’s also reducing my carbon footprint.’”

Even after all that “homework” is done, Huel’s mission is “far from complete.” It’s working to reduce the carbon footprint of its powder by a further 10%, to use 100% renewable energy at its HQ, and to publish carbon footprint data on its packaging.

The $150 million company has offices in London, Los Angeles, and Berlin. Bridging those far-flung locations is a shared culture rooted in a collectivized purpose.

“I think if you want to do one or two things right as a business today, it’s, one: have a mission,” McMaster says. “Something really powerful that is relevant to the world we’re about to move into; and two, create a culture that people want to be part of. One that allows them to have autonomy and do really rewarding work to allow them to feel proud of themselves.”

A robust company culture extends past the walls and websites into the world. “If you’re a Hueligan, you’re either a customer or you’re an employee,” says McMaster. “And it’s kind of cool that we think of them as the same group. Because there aren’t many barriers between them,” he says. “People want to be part of that. We’ve hit the nail on the head of what people want. Where they want to work, and also what kind of product they want to be consuming and being part of. That definitely comes from our mission from day one.”

McMaster maintains, “I’ve got a big belief that if you put culture at the heart of the business, you’ve got a better chance of solving difficulties and surviving tougher times.” A Lead With We culture, according to McMaster, is one “that people say is approachable, thoughtful, supportive, and transparent.”

Huel “created a culture book, which is about sixty pages long. When you join the business, you read it and you get taken through it … I think that keeps us together quite a lot,” McMaster says.

“I think I underestimated the impact it would have internally by the togetherness of creating it, but also sharing it internally, and people feeling proud to be a part of Huel …” McMaster says. “If I look back at the last year, the difficulties that we and other businesses faced, I think we’ve done a pretty good job and probably better than most.”

McMaster concludes: “Our culture had something more distinctive about it. People work together more, and we stand for something that’s a bit more powerful … Huel is a product people are proud to be seen with.”

You want the same for your business? Then, says McMaster, “weave into your mindset and mission statement from the very beginning … transparency … authenticity … health awareness … planetary awareness … thoughtfulness …If you’re going to start a new business in 2021, why bother unless it’s something positive in the world?” 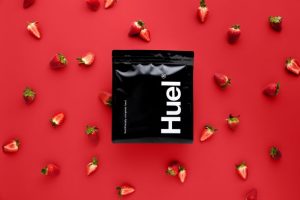 3. Improving the sustainability of your transportation

5. Talking more about all this

And from its culture book, adaptable for your own brand of Hueligans: